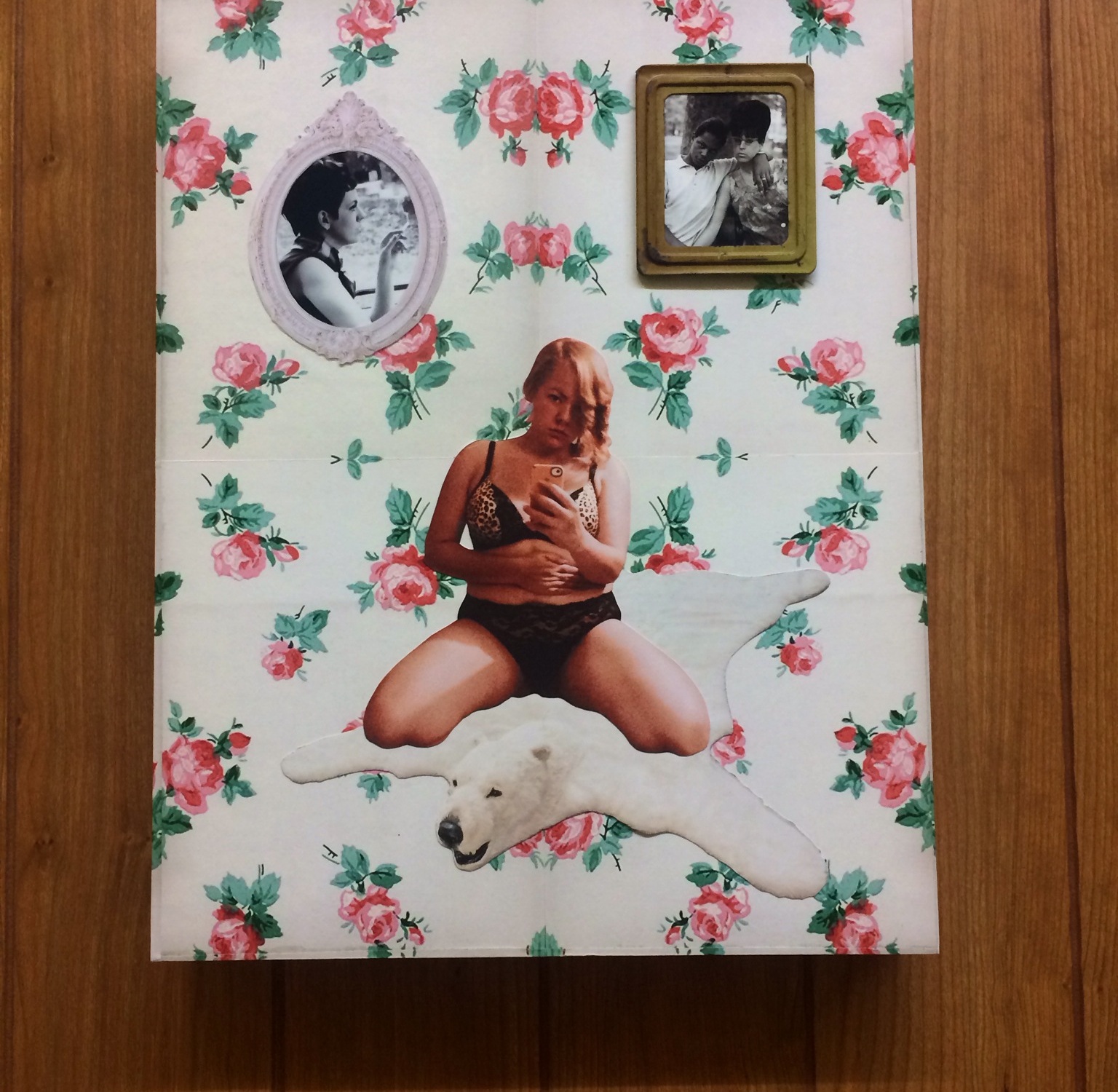 Somewhere, nestled between Hollywood and Hancock Park, patron and artist Danny First has built a small, single-space cabin in his backyard. This recently erected structure, formally known as The Cabin, is one Los Angeles’ most unexpected, offbeat exhibition spaces. When I learned of this new appointment-only gallery, currently exhibiting the work of Genevieve Gaignard, I knew I had to come see it for myself and learn more.

The Cabin happens to be modeled after the Unabomber Ted Kaczynski’s cabin, but that’s beside the point – First insists his attraction to the macabre cabin (the real deal is currently on display at the Newseum in Washington D.C.) is purely a love affair with form, not content. It’s simplicity, not its symbolism, is what struck a chord with First, who had long held a desire to create an answer to his friend’s quirky yet inspiring back-yard exhibition space on the East Coast, the East Hampton Shed.

So, on an unusually gloomy May morning in Los Angeles, I met with Danny First and photographer Genevieve Gaignard. We stepped out of the rain into an astonishingly cozy Cabin. A world away from the white walls that usually adorn The Cabin’s interior, Gaignard has transformed The Cabin into a nostalgic site-specific installation of a world reminiscent of her former New England home, executed in meticulous detail. The overall effect is impressively thorough; an accurate representation of Gaignard as an artist, as transformation is her specialty. 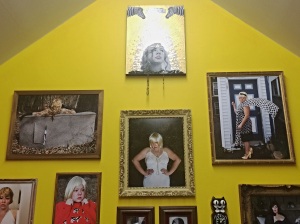 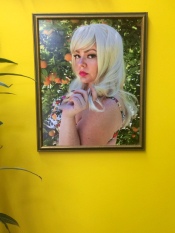 Gaignard challenges concepts of identity in the “selfie era” with her self-portraits, which are often seductive but rarely sans guise. Each of the alter-egos that appear in A Golden State of Mind are named after someone in her past, and most were created after she moved to Los Angeles in 2014. Gaignard, who is biracial, explores her everyday experience of “passing” for someone or something by seemingly effortlessly inhabiting various personas.

Though Gaignard had always been self-conscious about her figure, she says that the Body Positivity movement has inspired her to create her own examples for a new standard of beauty. She admits the elaborate settings, wardrobe, makeup, and hair help  – “Once I step into costume, I let my insecurities go.”

Still, Gaignard points out that her collages, which feature reclaimed “sexting” selfies, are more candid representations of herself. “You can see that I’m holding the cell phone, looking in the mirror at a reflection of myself. Behind closed doors, this is who I really am.” 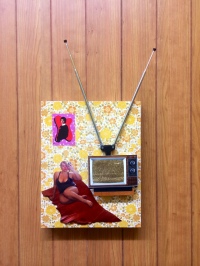 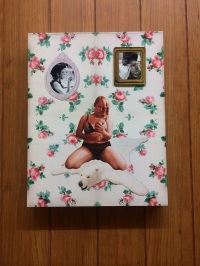 The self-portrait inherently acts as a time capsule; an intimate, personal zeitgeist. From Frida Kahlo to Cindy Sherman, Gaignard is the latest in a chronology of female artists celebrated for their self-portraits. Pivotal photographer Cindy Sherman created her iconic Untitled Film Stills series, which aimed to expose the dominance of the male gaze, at the climax of the second feminist movement. It is fitting, then, that Gaignard’s art serves as a timely examination of our universal struggle to decode and establish identity in a multiracial, globally connected world of photoshopped selfies, where things are rarely as they seem.

“A Golden State of Mind” is on view at The Cabin, by appointment only, through May 31. E-mail DANNY@THECABINLA.COM to arrange a viewing.