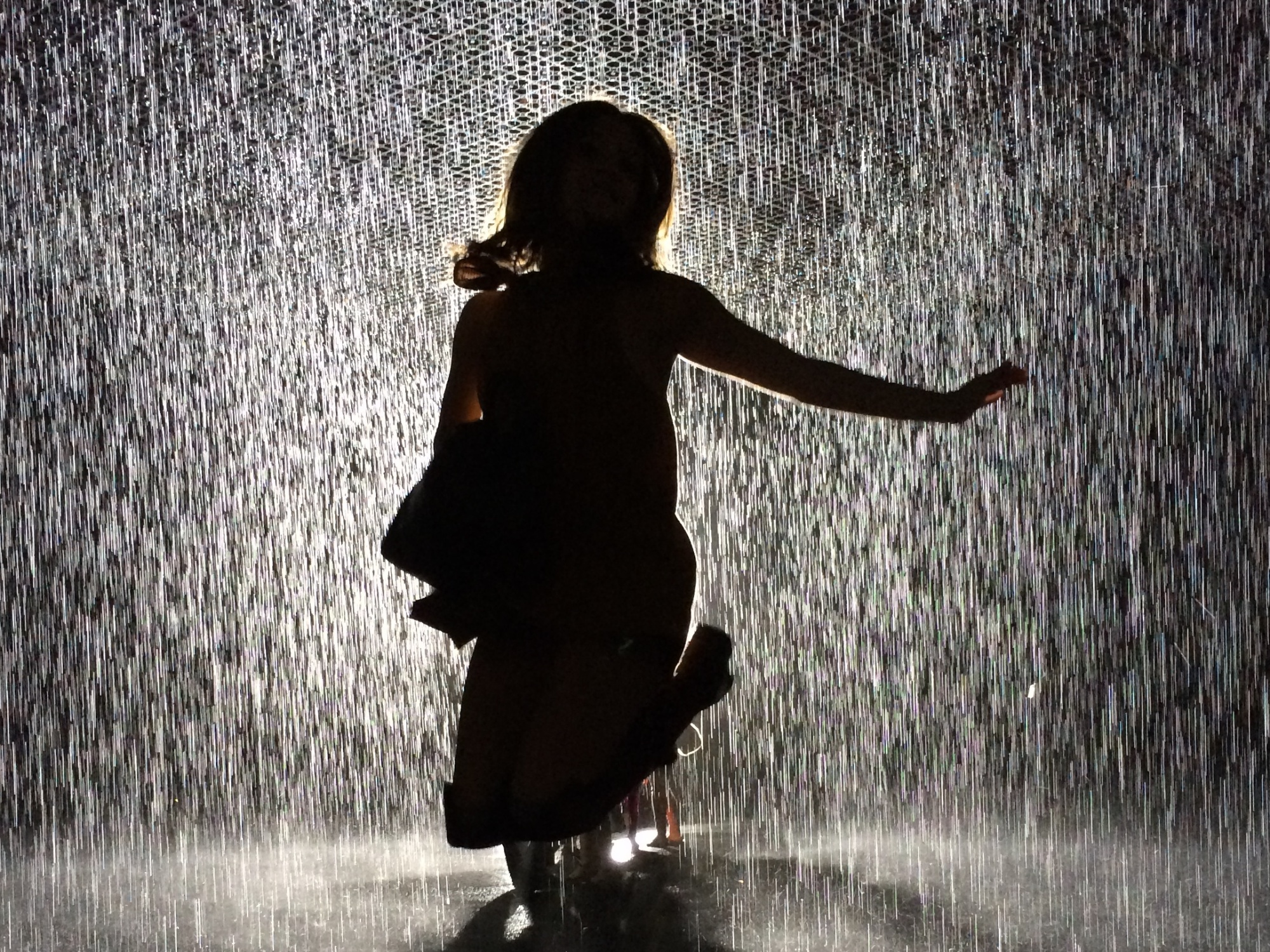 In the same way that a dive into the ocean both invigorates and humbles he who dares to remove himself from his natural environment, an immersive art experience produces the same ripple effects. One must fully give in to the cocooning environment, allowing it to push and pull us in any given direction, at the complete mercy of the artist whose mad world we have entered.

Los Angeles currently has quite a few noteworthy immersive, interactive art experiences that must not be missed if you are the sort of art lover who prefers to be whisked away by the emotive power of creative expression. Below, the cream of Los Angeles’ crop of experiential art installations that are the envy of the country.

As most Angelenos have heard by now, there’s a shiny new treasure box in town, The Broad Museum, housing the contemporary art collection of philanthropists Eli and Edythe Broad (psst… Broad rhymes with “load”). Among the jewels of their permanent collection that were selected to shine in the spotlight during their inaugural display are two unforgettable installations: Japanese artist Yayoi Kusama’s Mirrored Infinity Room – The Souls of Millions of Lightyears Away and Icelandic artist Ragnar Kjartansson’s The Visitors.

As you may have seen in multitude on social media (guilty), Kusama’s Mirrored Infinity Room is a magical, celestial space in which one feels as if one is floating in a brightly colored constellation. Relatively simple devices – LED lights, mirrors, a shallow field of water at one’s feet – transform this small room tucked into a nook of the museum into a dreamland. Kusama, a wildly talented female artist renown for her painted works featuring thousands of polka-dots, utilizes her process as a meditative device to help her cope with hallucinations brought on by a mental illness. Her Mirrored Infinity Room is yet another endeavor meant to reflect her mind’s eye; a valiant invitation to achieve the impossible: to allow one to see through another’s eyes.

Kjartansson’s The Visitors is easy to miss in the Broad, with fairly nondescript signage the only beacon inviting museum-goers beyond blackout curtains and into a horseshoe-shaped installation with 9 large video screens. On each screen, a different somber musician inhabits a room in an old, broken down house; separate but together, they hauntingly play in harmony for an hour (Kjartansson himself sits in a drawn bathtub, singing, playing guitar, and splashing around as the hour passes). My breath was completely taken as I allowed the music to surround me, seduce me, engulf me. There was something about all these disjointed musicians creating such a beautiful, folk-like song of sorrow that was so romantic, I fought the urge to grab my friend and slowdance in the middle of the installation. 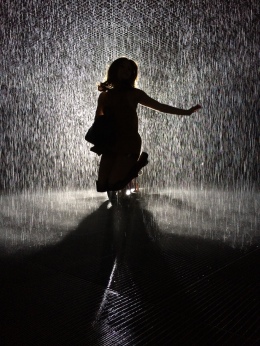 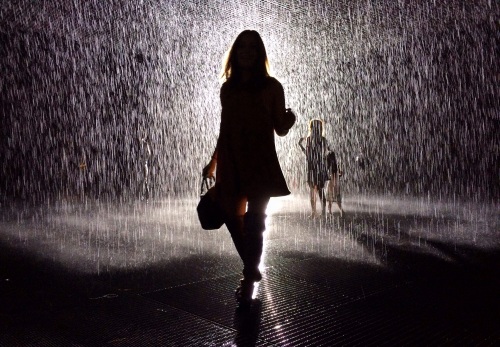 At LACMA, the hot ticket is for Random International’s Rain Room. This installation is the opposite of the rainy cloud that follows someone on a sad day; In Rain Room, sensors recognize up to 8 moving bodies at once within the installation and turn off the valves above wherever he or she may move – provided one doesn’t move too quickly. The sensation of being surrounded by “rain” yet staying dry is uncanny, a completely unique experience that cannot be duplicated in reality. I found myself giggling the whole time, smiling in awe at the impossible power I felt I had to control the elements as I moved through the space. 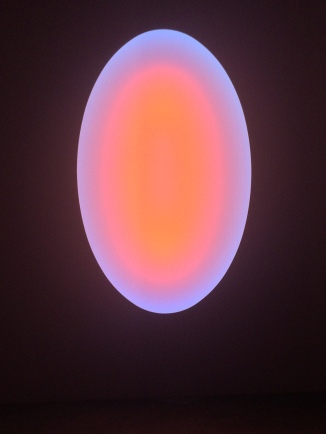 Finally, I cannot insist strongly enough that you don’t miss Kayne Griffin Corcoran‘s current exhibition of works by James Turrell, the master of Light & Space. This exhibition is Turrell’s fifth with the gallery that boasts major permanent elements designed by the artist (including one of his coveted Skyspaces). Here, he exhibits several works from his Elliptical Glass series, iconic two-plane temporal works with 2-and-a-half hour vivid light combinations that shift slowly over time. These elliptical works were somehow personified in my mind as wombs, and with large crowds present at the opening, it felt a bit as if we were willingly being hypnotized by an alien that was successfully drawing us into its world…